Look at this Dracula Parrot, amazingly beautiful and scary all at the same time!

Dracula Parrot, also known as Pesquet’s parrot or the vulturine parrot, is found only in the cloud forests in the foothills and lower mountains of New Guinea. The Dracula parrot is a large, heavy bird, stretching to almost half a meter from beak to tail and weighing in at almost a kilogram. 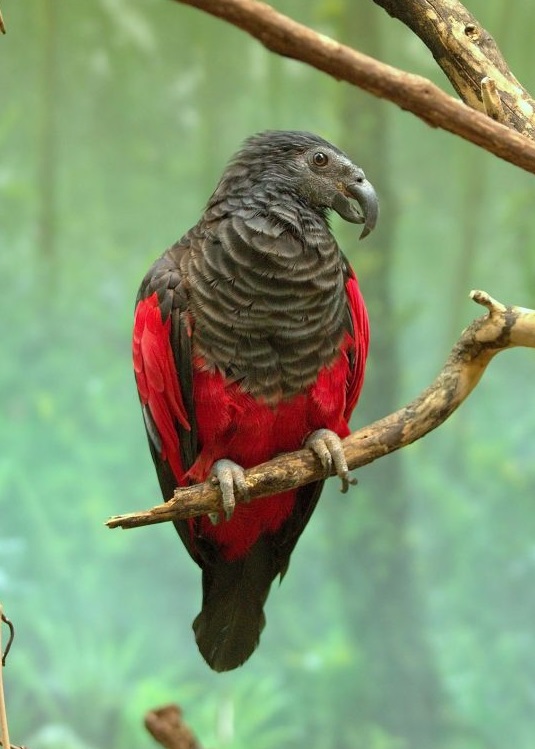 Netizens could not help it be amazed by this creature for its head looks like a vulture, it also has a body of a parrot, and its size from beak to tail is the same as a child. Its brightly colored scarlet plumage is one of its striking characteristics, it actually contrasts perfectly with its dusty grey chest, back, and tail. Would you believe that a full-grown Dracula parrot will reach a body size of 18 inches, with measurements of nearly a meter from beak to tip of the tail? 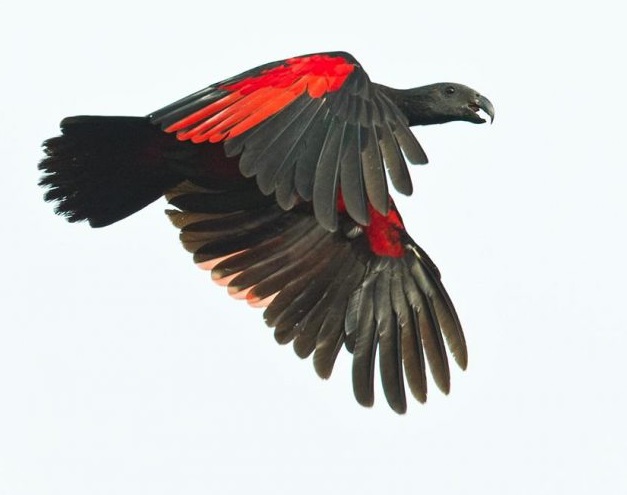 When he heard the word Dracula, many of us seem to be scared because as we all know Dracula, a blood-sucking heartless immortal. For some reason, this kind of bird is called Dracula Parrot because of its terrifying call. Based on parrots.org, it sounds “harsh and rasping; also described as growling. Also drawn out scream given frequently in flight.” You wouldn’t want to wake up in the middle of the night in those sounds isn’t? 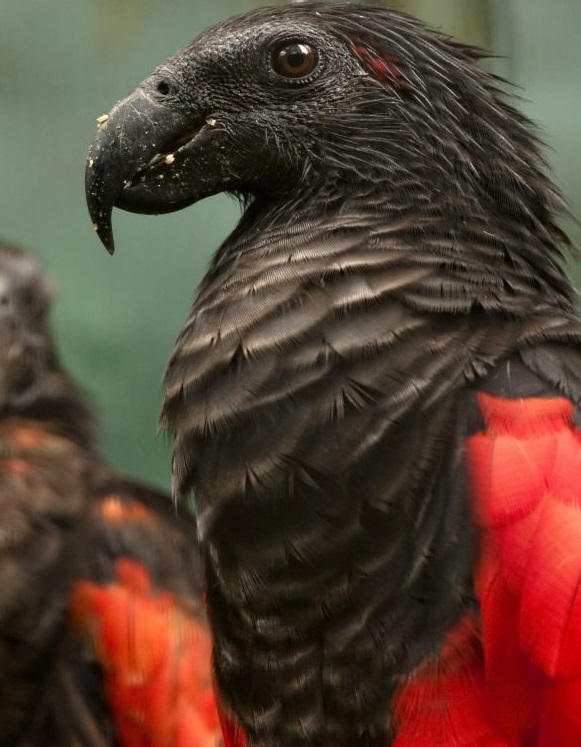 They are highly specialized frugivorous specie, feeding almost exclusively on a few species of figs. It is also one of three parrots with bare (featherless) faces. It is thought it has evolved this way to avoid feathers becoming matted with the fruit pulp the parrot feeds on. You may not hear or saw this kind of bird for the past years only because they are considered low in number, and it looks like they are nearly endangered, according to Red List. 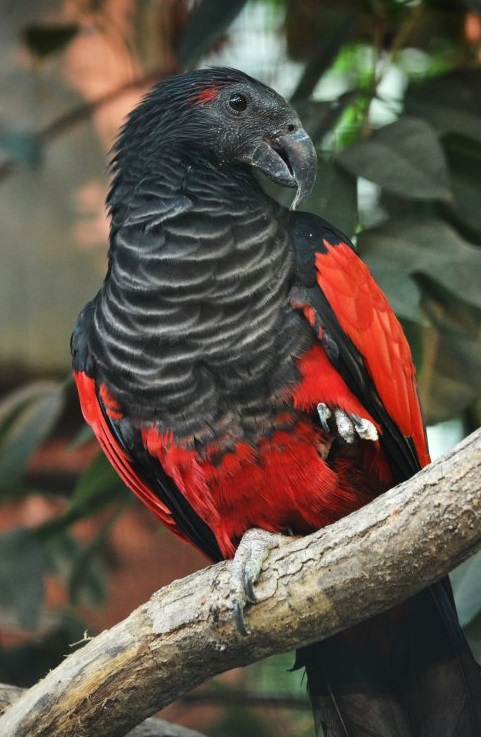 Currently, there are only between 20k to 49k mature parrots left, and their population is rapidly decreasing. The species is under significant hunting pressure for its feathers, and its environment is being invaded by humans. “Hunting for feathers has increased with population growth. Current rates of decline due to hunting are uncertain but could be relatively minor, and the species appears secure in large areas of suitable habitat in central and western mainland Papua New Guinea, much of which occurs in rugged terrain in areas with a low human population density,” as per the Red List.

This old banana vendor sleeps at the sidewalk made a lot of netizens cry in tears!