Parents wanted the best for their children as always. They wanted to give them the best education, their needs and wants, and the most comfortable living they could ever have. No wonder that at a very tender age, a lot of parents especially most of the mothers out there wanted to invest in child-proofing furniture. As we all know that young children tend to be very curious about almost anything under the sun. 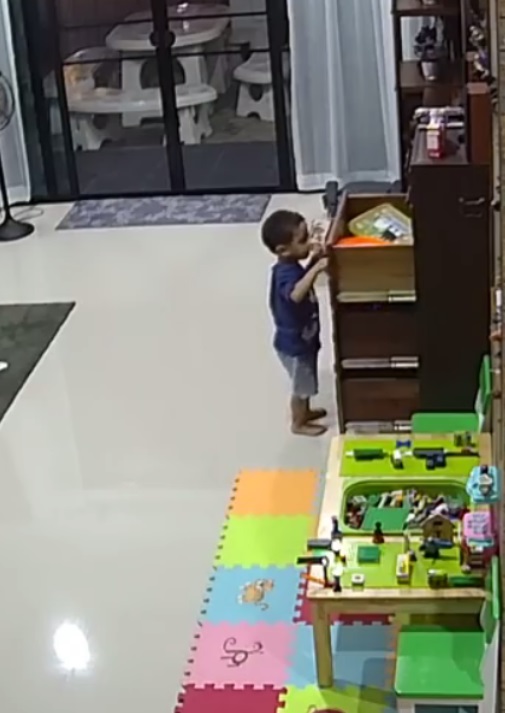 Unfortunately, as much as we wanted our young children to be safe every second and every minute, there are still some accidents that might happen when we least expect it. Just like what happened to this young boy as he nearly hurt himself so much as a heavy drawer started to fall down just inches away from his fragile body. On the viral video which surfaced on different social media platforms, the unidentified young boy was enjoying his playtime in their living room. It was on Monday around 7 pm in Udon Thani, Thailand. There was also another boy sitting not so far away from him. 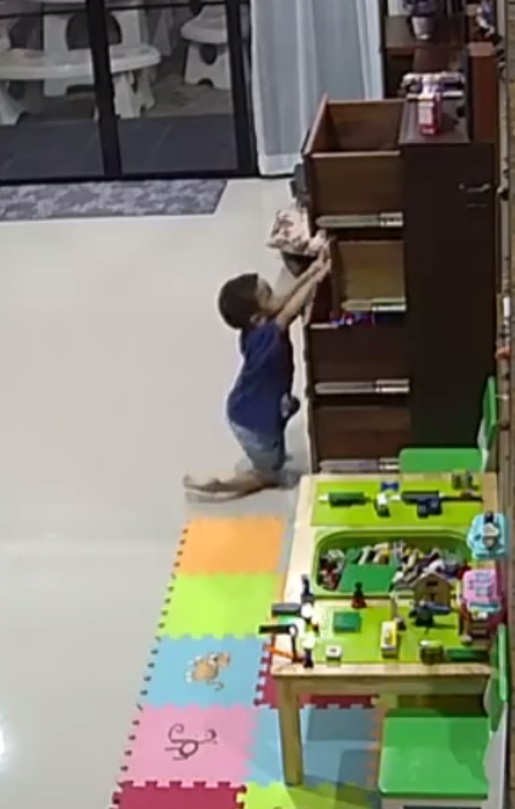 The little boy was very curious at that time and as he saw the huge drawer in front of him, he started opening and closing it from the top to bottom. He was very curious about the content of each drawer and thinks that it was full of toys inside. He then started to open the drawer once again and as he was holding onto the second drawer, the huge and heavy dresser started to become unsteady and fell down which eventually hit the forehead of the little boy. 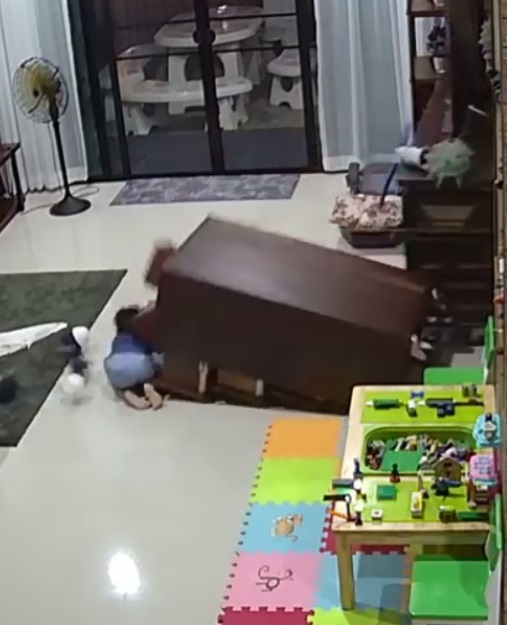 It was a good thing that the dresser didn’t directly hit the little boy’s body as it collapsed on the floor. After hearing such a noise, there was a woman who came from upstairs and saw the child in such a breathtaking difficult situation. The little boy was not badly hurt but he was crying so hard back then for he was very shocked and startled what just happened.

The dresser actually has wheels at the bottom and it can be one of the reasons why it just stumbled down that easy. The little boy might have been very lucky to survive such an incident but there were some who didn’t. That is why we should all be extra careful next time!