This traffic cop helped the old man to cross the street by giving him a piggyback ride across a busy street! 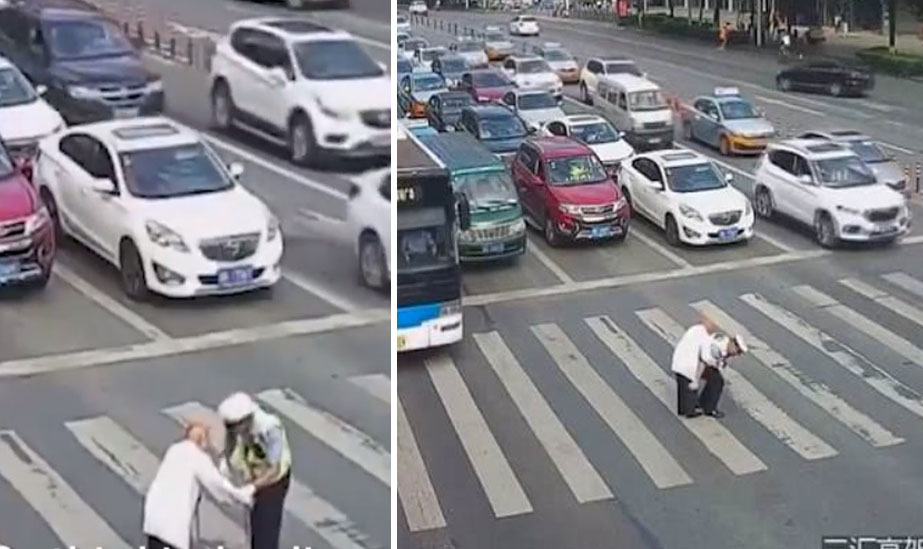 Here in the Philippines, we heard, witnessed, and even experienced corruption with uniformed policemen. It is a sad reality that there are really a number of bad cops that take advantage of their job. But with this viral video, it has been a breath of fresh air to see a police officer doing something beyond his standard job description and goes beyond his oath. 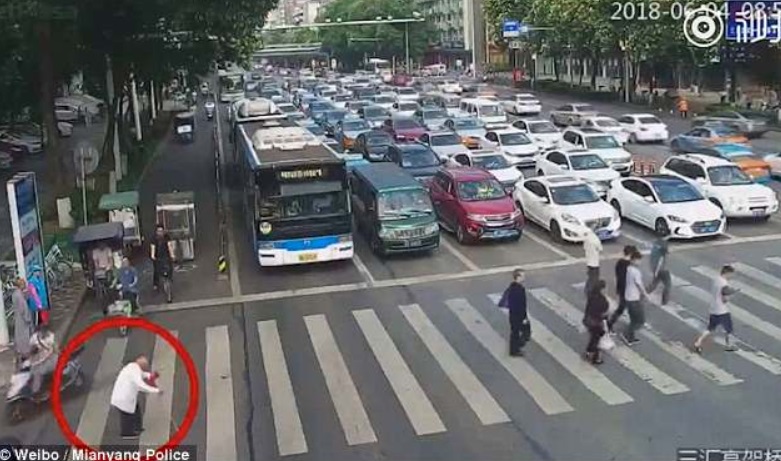 A CCTV footage about this amazing policeman surfaced online and captured the hearts of many netizens. The traffic cop gave an old man a piggyback ride as he had trouble crossing the busy and noisy road in Southwest China’s Sichuan province. His kind deed amazes a lot of people and inspired his other colleagues. It was really not every day that you got to see such her #oic act from a person with authority. 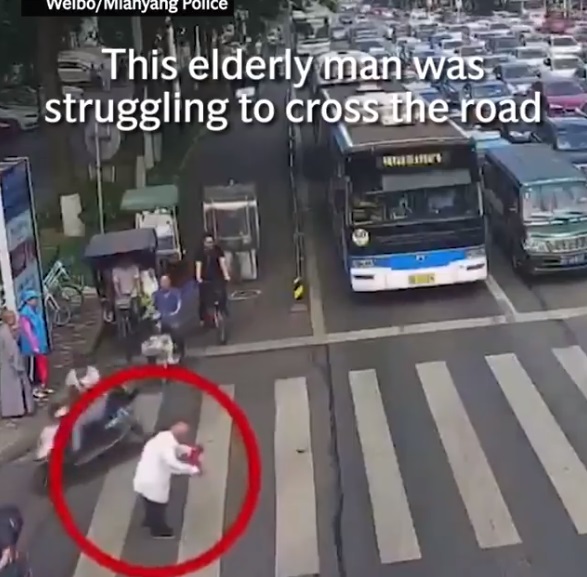 On the viral video, the poor, old man relies on his pair of walking sticks as he started a busy road but the pedestrians got past him shortly. Before he can walk through the other end of the intersection, the traffic lights already turned green and the traffic would eventually resume the old man. Fortunately, the police officer on duty later known as Qin Weijie came to the rescue. 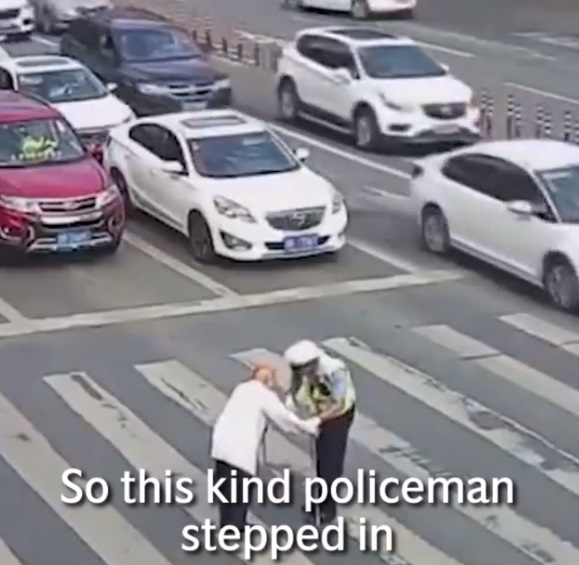 Officer Qin immediately approach the old man and carried him at his back across the seven lanes as some other cars paused to let them pass. They had also rested at the middle of the road before crossing the other end of the road because of the traffic cop worries about the old man’s situation while on his back. The beautiful scenario was caught on a CCTV at the junction near Sanhui overpass at Mianyang in Sichuan province. The kind deed of the uniformed policeman happened during rush hour in the morning. He was indeed an amazing policeman and the public was really inspired by him.